Grief and God have been part of U2’s story from the start. 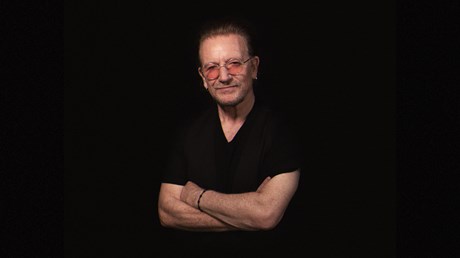 We got this invitation once,” Bono tells me. He speaks the next sentence with a tone of reverence: “The Reverend Billy Graham would love to meet the band and offer a blessing.”

We’re on a video call, and the frontman for U2 is sitting on the floor in front of a green couch, his computer on the coffee table in front of him. It’s golden hour in Dublin, and the just-setting sun makes the room glow. It’s almost theatrical. There’s a twinkle in his eye, too. He knows he has a good story.

“He’s the founder of Christianity Today,” he reminds me, grinning. “I didn’t know that then, but I still wanted the blessing. And I was trying to convince the band into coming with me, but for various reasons they couldn’t. It was difficult with the schedule, but I just found a way.”

This was in March 2002, just a few weeks after U2 played their legendary Super Bowl halftime show and days after their single “Walk On” won the Grammy for Record of the Year.

“His son Franklin picked me up at the airport,” Bono says, “and Franklin was doing very effective work with Samaritan’s Purse. But he wasn’t sure about his cargo.” He laughs. “On the way to meet his father, he kept asking me questions.”

Bono reenacts the conversation for me: