We don’t demonstrate such exclusionary self-focus in other ministry spheres. Opening our aperture is biblical and aids our advocacy. 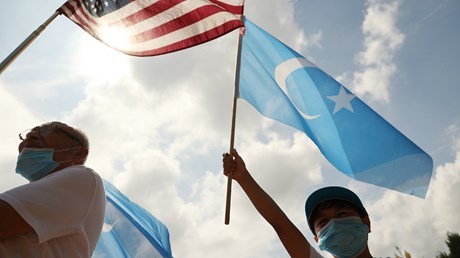 It rankles me when Christians pray only for persecuted Christians.

I don’t disagree with praying for persecuted Christians, to be clear. I pray for them. They need help, as a global pandemic of persecution confronts believers daily with violence on account of their faith.

However, to truly follow the Bible’s teachings I believe we shouldn’t exclusively pray for our fellow Christians. Rather we are called to pray for all who suffer violent persecution, Christian and non-Christian alike.

When the International Day of Prayer for the Persecuted Church (IDOP) arrives on November 6, many activists will pen articles about Christians being the “most persecuted” faith in the world. And certainly, persecuted Christians face severe problems worldwide.

From my 20 years of international work on religious freedom, I know Christians suffer violent persecution from governments like China or terrorists like Boko Haram. I’ve personally met such believers, advocated for them, and prayed for them.

Yet, while such “most persecuted” claims may be true, definitional problems with what constitutes persecution make such assertions hard to assess.

But more importantly, we are not in a competition. Christians are part of a fellowship of suffering, sharing in persecution with other faith groups. Many overlook or forget how in every context where Christians suffer, others also hurt. In fact, the severity experienced by other minority groups often surpasses Christian persecution.

Followers of Jesus certainly suffer in China and Burma (Myanmar), but Uyghur and Rohingya Muslims are victims of outright genocide by those nations’ regimes. While ISIS indeed targeted Iraqi Christians, thousands of Yazidis were …