Unmet financial commitments expected to be hot topic at COP27 gathering in Egypt. 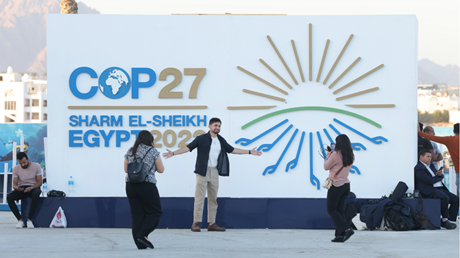 Busiswa Dlamini is frustrated at the slow pace of as her country confronts the effects of climate change. The Christian activist from Eswatini, the semi-arid southern African kingdom previously known as Swaziland, says as a young person, it is difficult to come up with solutions in the face of a system designed to continue the status quo.

“Yes, we do come up with solutions, but where there are no policies, it’s very hard for us to implement the ideas and innovations that we have,” she told CT. “There’s a gap in my country between what the youth are trying to do and what the government is doing.”

She and representatives from dozens of other Christian churches and church-related groups in Africa, the United States, and Europe gathered in Nairobi, Kenya, last month for a two-day convocation about climate and its impact on hunger. The meeting was organized by Bread for the World and hosted by the All Africa Conference of Churches (AACC), which represents half a million Christians.

The convocation produced a statement ahead of the 27th annual Conference of the Parties to the United Nations Framework Convention on Climate Change (COP27), which began in Egypt on Sunday. The meeting led to the signing of a faith leaders’ statement—A Faithful Voice on Hunger and Climate Justice—that organizers call “bold and prophetic.”