“Buddha rode into China on a white elephant, while Jesus rode in on a cannonball.” 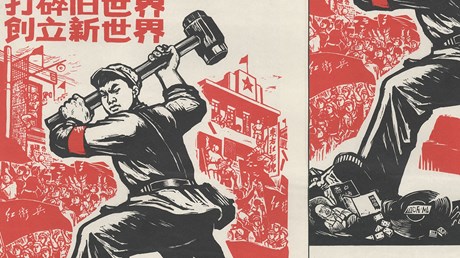 Since Christianity (or at least some form of it, the Nestorian Church) arrived on the shores of China in A.D. 635, it has been perceived as a foreign religion and hence irrelevant for the culturally Chinese. The “One more Christian, one fewer Chinese” chant in the 1919 May Fourth Movement further reinforced and perpetuated the misconception that when one chooses to follow Jesus, one has denounced one’s Chinese identity to go after a foreign or Western god and ideology. A Chinese commits a great offense against his ancestor and nation when he pledges allegiance to Jesus.

According to historian Wu Xiaoxin, the propaganda that impacted the Chinese the most is the claim that “religion is the opium of the people.” One of the main contributing factors to the hostile reaction to Christianity is nationalism. Anyone familiar with the events in this part of the world during the mid-1800s would realize the baggage this statement bears.

In fact, many of the Western missionaries of that generation rode on the coattails of the European opium traders to bring the gospel to the Chinese.

For example, Karl Gützlaff, an early Protestant missionary to China, joined the Jardine Matheson opium fleet as an interpreter in order to reach more Chinese with the gospel. Former Peking University president Jiang Menglin aptly described this historical baggage when he compared the arrivals of Buddhism and Christianity in China: “Buddha rode into China on a white elephant, while Jesus rode in …