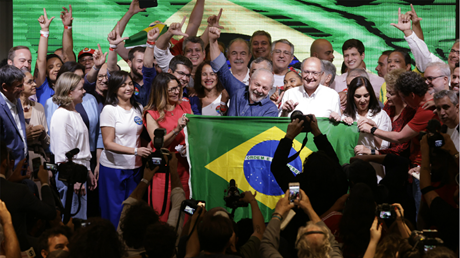 Brazil president Jair Bolsonaro and his surrogates worked to win evangelical voters up to the final hour of the runoff election on October 30.

Christian influencers posted pictures with him on Instagram, proudly announcing they would be supporting Bolsonaro’s bid for a second term. And First Lady Michelle Bolsonaro rallied women at Rio de Janeiro’s Assembleia de Deus Vitória em Cristo (Assembly of God Victory in Christ), one of the largest churches in the country.

“Beloved, it would have been nice if we had won in the first round,” she said. “But we needed this second round for the awakening of the church.”

To Christian voters not persuaded by the president’s own faith—though the Catholic former military officer was rebaptized six years ago in the Jordan River—Michelle offered her own evangelical bona fides.

But these efforts ultimately proved insufficient. One trusted poll released days before the election showed evangelical support shifting slightly—just four points—from Bolsonaro to his Workers’ Party challenger Luiz Inácio Lula da Silva. But when the votes were counted, “Lula,” as he is universally known, won the election by less than 2 percent.

Some observers credit the swing to Lula’s decision to directly appeal to some of evangelicals’ core concerns.

Lula, a former president, became eligible to run for office in March 2021 when the corruption convictions that had sentenced him to 12 years in jail were annulled. Running for president, though, his primary outreach came through biblical references in campaign …