Nearly 15 years after a brutal massacre, victims struggle to overcome trauma and poverty. 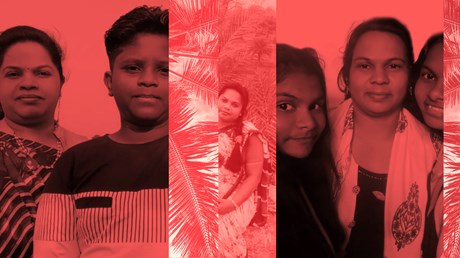 Digal lived with her husband, Rajesh, a pastor, and their two young daughters in Kandhamal, a community in the eastern Indian state of Odisha. Christians and Hindus had lived as neighbors relatively peacefully in the area for years.

The majority of Christians in Kandhamal were Dalit converts who demanded that the government continue to pay them reparations even though the law discriminated against them, only allowing Hindu-scheduled caste members to get funds. But Hindutva groups used the Dalit converts’ actions as a justification to instigate tensions between the local tribes and the Christian majority-Dalit community of the area.

In December 2007, Hindu nationalists had burned down churches and Christian houses. But the worst yet came the following August.

Rajesh Digal was returning home when a mob surrounded him. Finding a Bible in his possession, the mob assaulted him and buried his body, leaving only his head above the ground.

“They kicked Digal’s head like a football,” said Asmita, who learned of the graphic details of her husband’s last moments from his Hindu friend, an eyewitness to the atrocities whom the mob set on fire after they rejected his religious claim. (The friend jumped into the river to extinguish the fire.)

When Rajesh asked for water to drink, one of the Hindu extremists urinated in his mouth. After intense torture, the mob covered Digal’s face with mud and buried him alive.

Asmita Digal reported the matter to the police, but when they searched for the body, they couldn’t find it, leading her to believe that his …