As Egypt hosts COP27, a few pioneering believers struggle to transform the region most at risk of climate change yet demonstrating the least concern. 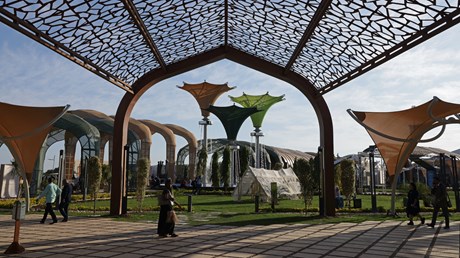 “Wisdom,” said Jesus, “is proved right by all her children” (Luke 7:35). But sometimes it takes generations to judge, as demonstrated by a new research study that threatens to tarnish the reputation of a legendary biblical paragon.

According to archaeologists at Tel Aviv University, King Solomon disregarded the environment.

Today, his spiritual descendants largely follow in his footsteps.

“We have so many working in evangelism, church planting, and leadership development,” said Michael El Daba, the Lausanne Movement’s regional director for the Middle East and North Africa (MENA). “Almost no one is working in creation care.”

Evangelicals are not alone. According to a 2021 report by the Institute for Economics and Peace, the MENA region demonstrated the least concern for climate change, including 10 of the 20 lowest-scoring nations. Only 18 percent of those surveyed in Egypt, for example, recognized it as a “very serious threat”—even as it exacerbates food insecurity.

Arab Barometer, a regional pollster, found that 68 percent of Egyptians reported running out of food before being able to get more. In half of the other MENA countries surveyed, majorities stated the same. And in 9 out of 10, majorities worried it might happen to them.

Temperatures in the region are rising twice as fast as the rest of the world, according to a study published last June in the Reviews of Geophysics. At current rates, Egypt will be nine degrees hotter by the end of the century. Iraq has already increased three degrees in the last 30 years.

Some of the damage is self-induced. The study identifies MENA as a “dominant emitter” of greenhouse gases, overtaking Europe and India. …