People around the world have found a passionate community in the hit show about Jesus. With a new season, can it keep navigating fan, investor, and religious demands? 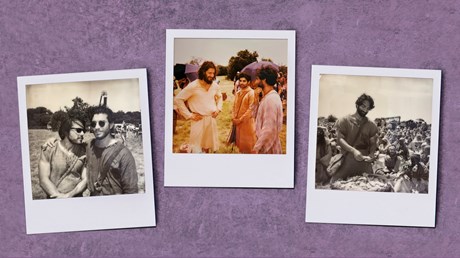 Andrew Cheng and Catherine Williams had their impromptu wedding near craft services, right before shooting a scene in The Chosen of the feeding of the 5,000. The extras­—like so many Christians on the set and so many viewers around the world—were surprised at the close community they found in the hit show.

“It was just bonkers,” Cheng told CT after his wedding to Williams. “Everything was great, except Jesus wasn’t there to turn water into wine.”

In June, The Chosen wrapped filming the scene for its third season that premieres Friday, with about 10,000 fans serving as extras for the multiday shoot in Texas.

Maybe not since Mel Gibson’s Passion of the Christ has there been a biblical hit like this. Other Hollywood projects like Noah or The Young Messiah flopped with Christian audiences for various reasons. But because this show is financed through fans, it has a following unlike any studio project.

The first season debuted in 2019 as a massive crowdfunding success, raising $10 million. Now it has a devoted following all over the world and has been translated into more than 50 languages. The showrunners are planning seven seasons and fundraising $100 million. People often encounter the show with low expectations of didactic Christian content and are surprised to find something more compelling.

The distributor, Angel Studios, is trying to continue The Chosen’s success in other projects. The first season of Andrew Peterson’s Wingfeather Saga will begin streaming in December. It also drew millions in crowdfunding. The Chosen producers, brothers Jeff and Neal Harmon, have describedThe Chosen as their House of Cards, the show that launched Netflix.