The one-time theology student believed politics should have “heroic ambition,” and speeches should be written, on occasion, for the angels. 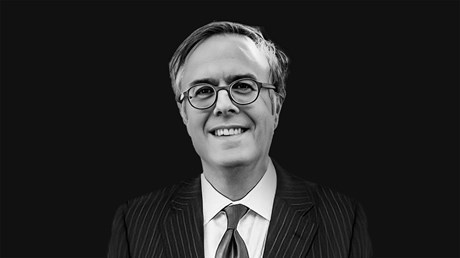 Michael Gerson, an evangelical columnist and speechwriter who believed politics could have noble and moral purpose, died on Thursday at the age of 58. He was diagnosed with kidney cancer in 2013.

Gerson crafted the language of faith-inspired politics for president George W. Bush from 1999 to 2006. He fused a theological vision of moral purpose with a practical policy agenda—and in the process produced some of the era’s most memorable phrases, including “armies of compassion” and “axis of evil.”

He gave Bush’s speeches about compassionate conservatism and moral internationalism their rhetorical framework: starting with the “inexorable” call of the historical moment, adding the demands of duty and conscience, naming the various temptations that could lead the American people astray, and ending with a clarion call to do the right but difficult thing, forging forward with “confident hope.”

Even when key lines or the bulk of a speech was written by someone else in the White House, a colleague recalled, “Mike’s conceptual architecture was always indispensable.”

In the days after the 9/11 terrorist attacks, Gerson was described as “the man whose words helped steady the nation.” A few years later, Time magazine named him one of the country’s most influential evangelicals.

He believed the work of writing speeches was a high calling.

Gerson was born into an evangelical family in New Jersey …