Cynicism and cruelty are even worse than division. 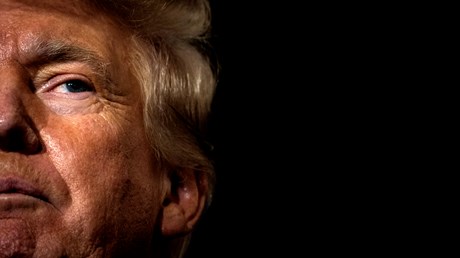 After Donald Trump announced this week that he’s running for president in 2024, many of my fellow evangelical Christians started bracing for more upheaval in their congregations and denominations. The situation is especially troubling because many of us haven’t yet recovered from the first Trump era.

But what if this time around, we don’t see the same levels of contention and division? And what if the potential quiet isn’t actually good news?

Upon hearing about Trump’s announcement, a contact of mine told me about the trouble in his own family. “We’ve already fought about this for seven years,” he said. “How much more can we take?” (I’m not even sure whether this person is a Trump supporter or opponent.)

Y’all know where I stand on this issue. But even many of those who disagree with me lament the fact that families are estranged, churches have split, denominations have been ripped apart, and friendships are gone—all because of politics. And now here we go again.

I wonder, though, whether the most dangerous thing might not be the arguments themselves but rather the absence of arguments.

After all, one of the most traumatic aspects of 2016 to 2021 was the sense of betrayal felt by people on almost every side of the divide. One Black Christian told me that the Sunday after Election Day in 2016, she left a church service in tears because she knew most people in her predominantly white evangelical church had voted for Trump.

“How can they say they are for me and my family and yet be for that?” she asked.