The evangelical actor faces recent pushback for her decision to leave Hallmark for Great American Family, whose Christmas movies will center on “traditional marriage.” 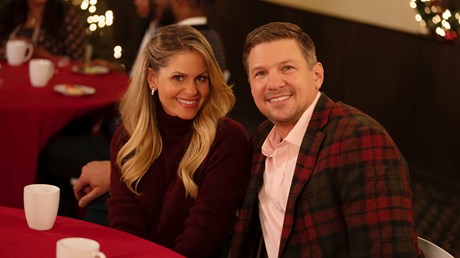 The Hallmark Channel turned holiday movies into a festive, feel-good, and always snowy empire. But this year, the network lost one of its queens of Christmas to new competition.

“I knew that the people behind Great American Family were Christians that love the Lord,” she said. “And [they] wanted to promote faith programming and good family entertainment.”

Bure—an outspoken evangelical with her own line of DaySpring Bible devotionals, a son at Liberty University, and a brother who also brings faith to Hollywood—was drawn to the new network’s focus on faith and family programming.

The switch comes just as Hallmark gears up to launch its first Christmas rom-com centered on a same-sex couple, but Bure said her departure was not a response to the LGBT representation on the network. She stated that her contract at Hallmark was up and that Great American Family presented a new opportunity for her.

When Bure recently told the Wall Street Journal that she thinks the new network “will keep traditional marriage at the core” rather than feature same-sex couples, she received a wave of criticism from celebrities like dancer JoJo Siwa and country singer Maren Morris.

“I have a simple message: I love you anyway,” Bure responded to critics in a post on Instagram this week. “To everyone reading this, of any race, creed, sexuality, or political party, including those who have tried to bully me with name-calling, I love you.”