Survivor claims the camp misled his family by withholding prior knowledge of his predator’s pattern of misconduct. 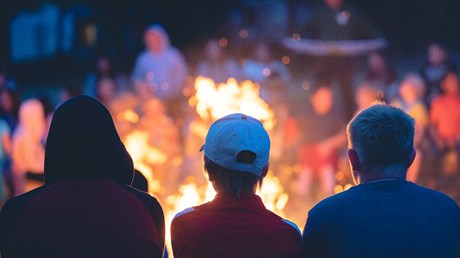 Logan Yandell is one of a string of young men who attended Kanakuk Kamps in the 2000s, who were groomed and abused by a popular counselor, and who later signed confidential settlements, adding a layer of legal restrictions to the anguish they suffered in the aftermath.

Yandell and his family did not know all these stories when they settled back in 2010—not that at least dozens of Kanakuk campers had been through the sexual abuse he had and not that others had reported Newman’s inappropriate behavior to the camp years earlier, raising concerns about sleepovers, skinny dipping, and naked four-wheeling.

Now, 27-year-old Yandell believes the settlement he and his parents agreed to is fraudulent. In a lawsuit filed this week in Missouri, Yandell claims Kanakuk misled his family.

“Neither Logan nor his parents would have agreed to the settlement terms if not for the Defendants’ false statements,” said Brian Kent, one of the lawyers representing the family in the suit. “The Yandells were told that Kanakuk had no prior knowledge of Newman’s sexual exploitation of children. The representations made by Defendants regarding prior knowledge of Newman’s patterns of sexually abusing minors were blatantly false.”

This is believed to be first abuse lawsuit to bring fraud allegations against the Branson, Missouri, …