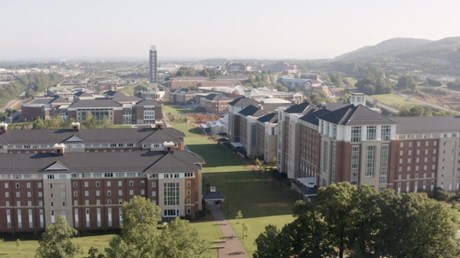 A former dean at Liberty University has sued the university, alleging he was fired in retaliation for his whistleblower reports to Liberty leadership and law enforcement.

The lawsuit, filed in the Lynchburg Circuit Court last Thursday, claims that over the past four years John Markley made “repeated good faith reports of disturbing violations” of state and federal law at Liberty, only to be terminated from his role as administrative dean for academic operations in June.

The university says that he was let go as part of a reorganization and that his allegations are without merit.

Markley’s suit lists 15 “improper activities” he said he raised concerns about, including potentially fraudulent management of Liberty charitable organizations and corporate subsidies; the intentional misrepresentation of acceptance rates and enrollment numbers for financial gain; and a compensation scheme for LU business executives.

“The improprieties witnessed by Dr. Markley were numerous,” the suit says. “Dr. Markley’s position provided an eye-opening perspective on the inner workings of a multi-billion-dollar enterprise that operated to maximize profits without ethics and at the expense of truth and those willing to fight for it, and to the detriment of the students, and professors.”

Liberty spokesman Ryan Helfenbein said in a statement that Markley’s termination was “wholly unrelated” to any misconduct allegations and that the school did not learn about his communication with a federal agency until after he left.

The recent lawsuit, which alleges “retaliatory actions taken against employees of LU” is similar to one filed in October 2021 by Scott Lamb, Liberty’s …