New survey finds just 6 percent of Australians are heavily involved in the faith. 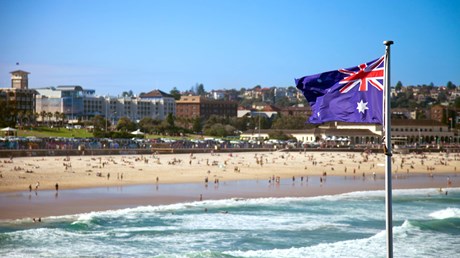 Australian Andrew Thorburn was forced to resign last month, just over a day after being named CEO of a professional football club in Melbourne. The reason? His leadership role at City on a Hill, an evangelical Anglican church with traditional Christian views on homosexuality and abortion.

The episode seems to reflect the state of Australian spirituality more broadly, as an overwhelming majority of the country isn’t involved in church and more than a quarter have negative attitudes toward Christianity, according to a recent report.

Released this month by the research firm McCrindle, The Changing Faith Landscape in Australia found that just under half (46%) of Australians claim Christianity as their religious affiliation. Yet only 16 percent attend a Christian church at least monthly, and just 6 percent say they are “extremely involved” with practicing their Christian faith.

Despite the trends, researchers also noted fertile ground for evangelism as most Aussies are open to changing their religious views.

“There's certainly a sense in Australia that we are a secular nation and that Christianity clings to the edge of the conversation, useful for a comment or sound bite when needed but not required for policy, etc.,” said Stephen McAlpine, a blogger and national communicator for the Christian ministry Third Space. “It very much feels like an ‘away game’ not a ‘home game.’ I think that we can play that to our advantage because most Aussies are not rejecting something they know from the past and did not like. They're simply not aware of Christianity.”

A third of Aussies do not identify with any religion or spiritual belief, while another 13 percent hold spiritual …