While restrictions on religion remain, most Arab nations pass the tolerance test enough for Christian ministry to continue. 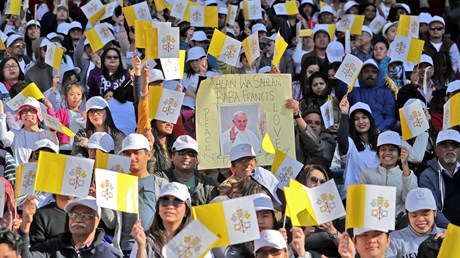 In November, officials in the United Arab Emirates (UAE) made a surprise announcement. Discovered among the white-hot sand dunes of Siniyah Island were the ruins of a 1,400-year-old Christian monastery, likely predating the rise of Islam.

Historians say that as Islam grew in influence in the seventh century, conversions to the new religion created what became the Arabian Peninsula of today. Tracing their lineage back centuries, Saudis, Emiratis, Qataris, Bahrainis, Omanis, and Yemenis today uniformly follow the creed of Muhammad.

The ancient monastery, however novel, is a relic of the past.

But what may be more surprising to many is that the modern Gulf is a mosaic of the present. Thriving Christian communities exist among the millions of migrant workers in the region. Church buildings are bursting at the seams, overflowing into rented hotels and movie theaters. Pope Francis has even visited—twice, including last month.

What explains this under-appreciated dynamic, in a region commonly understood to be a bastion of persecution? And in contrast, as Gulf nations tout their “tolerance,” what does it mean in reality?

The Arabian—or Persian—Gulf, located in western Asia between Iran and Saudi Arabia, is an extension of the Indian Ocean. Most of its neighboring peoples are Arabs, with Arabic as their official language, though dialects distinguish one region from another.

The nomenclature is controversial. Iran, the most-populous country adjacent to these waters with over 85 million citizens, has throughout its history designated the region as the Persian Gulf. Modern scholarship and historical records agree, going back at least 2,500 years to the time of the powerful Pars Empire.

But the nationalism of most …