Ministries are starting to reach out beyond the diaspora community and pass the faith onto the next generation. 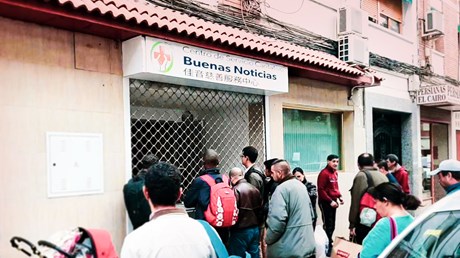 It’s early morning in the small tourist town of Cordoba in Spain. Eugenio Peña, a 76-year-old local, arrived at the Good News Charity Service Center at Platero Pedro de Bares and Carlos III Avenue, ready for his volunteer work at the “Charity Cafeteria” that offers free breakfast to refugees and homeless people. The Center is a ministry established and run by a small Chinese church in Cordoba.

Christian charities run by Chinese churches are extremely rare in Europe. Chinese churches only occupy a small fraction of Europe’s Christian landscape. Ivan Tao, a missionary who has served in the region for two decades, estimated that while there are three million Chinese immigrants in Europe, there are only 350 Chinese churches (including Bible study groups and Christian fellowships) and 200 full-time Chinese preachers.

The lack of churches to worship at isn’t the only problem that Chinese Christians are facing. Many Chinese churches in Europe are also trying to overcome challenges such as a “hometown association” mentality, a commercialist attitude toward church life, and difficulties in transmitting the faith to the younger generation.

Where your treasure is

In Spain, 90 percent of Chinese Christian immigrants are businessmen who have moved overseas with the primary goal of making money. Most hail from Wenzhou and Qingtian in Zhejiang Province and other cities in Fujian Province, which are cities well-known for their local peoples’ tendency to choose immigration over poverty.

The Chinese immigrant church community typically functions as an extended social network for Chinese Christians outside of their families. Even the leadership team of the church has geocentric characteristics: …