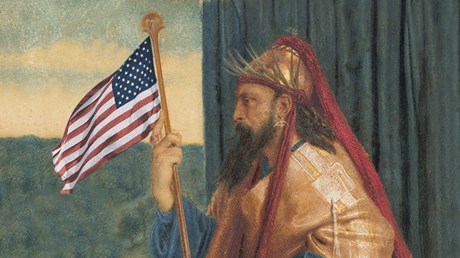 The Book of Proverbs can be a humbling or even humiliating read. For every verse that lulls us into self-satisfaction of our righteousness comes another that aims its arrows at our own hearts too.

That incisive wisdom is particularly sharp when applied to election-year politics and our personal habits of political engagement. It’s uncanny enough to make us wonder whether King Solomon had foreseen cable news and Twitter. With another presidential election already underway, here are 30 proverbs for American politics in 2023.

Proverbs doesn’t often directly address the subject of power, which is especially surprising for writings largely attributed to kings. Its authors envisioned a divinely appointed monarchy, a form of government far afield from our system, in which “many rulers” is not the result of rebellion (as in Proverbs 28:2) but constitutional design.

Yet that’s not to suggest the book has nothing to say of power as it works in our political context—far from it. Proverbs cautions us to be humble about our resources and abilities, to avoid grasping at power, and, if we find it in our hands, to remember it is often fleeting. Power can corrupt those who wield it, so we must take care to wield it justly.

Better a patient person than a warrior,
one with self-control than one who takes a city.

Do not boast about tomorrow, and a crown is not secure for all generations.

It is not for kings, Lemuel—it is not for kings to drink wine, not for rulers to crave beer, lest they drink and forget what has been decreed, and deprive all the oppressed of their rights.

On tricks and transactions

We tend to think of political debates as arguments …