A firing at Dane Ortlund’s Naperville Presbyterian Church spurred a rare legal determination that could be a useful case study for churches. 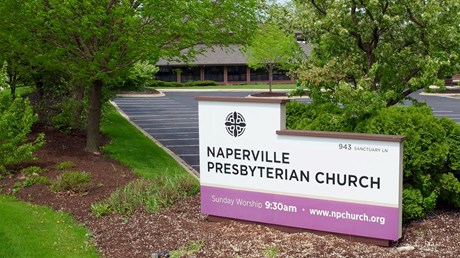 A 2021 firing of a female staff member from a Chicago-area church led by pastor and author Dane Ortlund was determined to have “substantial evidence” of retaliation, according to an investigation into alleged discrimination by the state of Illinois.

The former director of operations at Naperville Presbyterian Church, Emily Hyland, said her termination came days after privately complaining to two elders about gender discrimination from Ortlund. At the time, she had worked at the church for eight years, and he had been senior pastor for six months. After her firing, she filed charges over gender discrimination and retaliation at the state agency.

The Illinois Department of Human Rights (IDHR) did not find evidence that the church or Ortlund discriminated against her based on her gender. Evidence shows that “Ortlund … never made any discriminatory remarks directly related to [Hyland’s] sex,” the report said, nor was there evidence of discrimination that rose to the level of a “hostile work environment.”

But the agency found “substantial evidence” that she was fired “in retaliation for having engaged in prior protected activity.”

Even if there is no “actionable” discrimination found, employers cannot retaliate against an employee for making a report, said employment lawyer Ed Sullivan.

Ortlund, a pastor in the Presbyterian Church in America, is the author of Gentle and Lowly, a bestseller. A longtime member of the Naperville congregation, he became its pastor in October 2020, with Wheaton College president Philip Ryken leading the installation.

Ortlund declined to comment to CT on the allegations, but in the state filing, the church said that Hyland …