How acedia became the enemy of our souls. 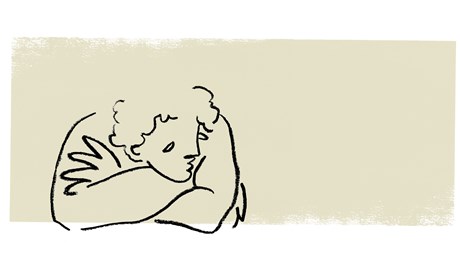 The concept of apathy has a long history in the Western world. We are not the only culture to treat it as “cool.” The great philosophers of the past debated its meaning and value. In fact, among certain Greek philosophers, apathy was one of the greatest things one could aspire to. The Greek term apatheia means “without pathē” (passions), and in the thought of some philosophers, passions often referred to violent emotions such as love, fear, grief, anger, envy, lust, pain, or pleasure that arise as responses to the outside world.

According to the Stoics, for instance, the wise—those who desire a life of flourishing—are totally free from passions. In other words, the wise are not vulnerable to the ups and downs of life in this world. They are self-sufficient; the external happenings of life “merely graze the surface” of their minds, as Martha Nussbaum observes in The Therapy of Desire. The goal of life is what we might call “equanimity,” or a calmness of soul. Even great non-Stoic philosophers such as Aristotle acknowledged the value of limiting the passions, for the good life was thought to await the apathetic.

Early Christian thinkers were well aware of the ancient philosophical tradition of thought that valued apathy. Interestingly, like their philosophical forebears, they sought to apply the concept of apatheia not only to human beings, but also to God.

Those who have taken an introductory course in theology might have encountered the term impassibility in discussions about God’s attributes. Impassibility is a Latin translation of the Greek term apatheia, and it was a concept much discussed among the church fathers.

According to theologian Pavel Gavrilyuk, to …