Theologians and church leaders around the region share how December 25 is perceived in their contexts. 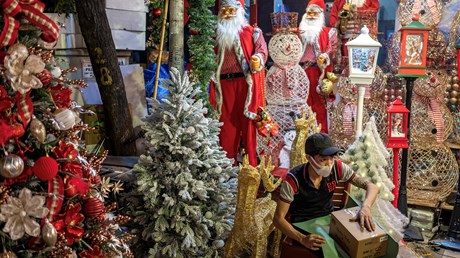 Christmas is widely celebrated in Asia. But is it seen as a secular holiday imported from the West or a religious one?

CT spoke with seven theologians and church leaders from Japan, Malaysia, Mongolia, Pakistan, South Korea, Taiwan, and Vietnam to find out how Christmas is regarded in their contexts, the unique traditions that take place, and how evangelicals celebrate the birth of Christ there.

Responses range from people who acknowledge and accept the Westernized, commercialized nature of Christmas in their countries to those who rally against such misconceptions and others who see it in a more religious light.

Christmas is known as a Western holiday to the general public in Taiwan. Because it is heavily influenced by its highly commercialized image from Western media and enterprises, such as the Black Friday sales, Christmas has been celebrated here as a holiday that comes with grand shopping events and fancy meals at fine restaurants.

Christians in Taiwan observe Christmas differently by viewing it as an opportunity to share the gospel. Theologically speaking, the celebration of the birth of Jesus should surely not be labeled as a “Western” event. However, when considering the historical development of liturgy and how this festival was introduced to Taiwan by missionaries from the West over a period of time, the “Western” image of Christmas seems indelible.

Personally, I do not mind using or improvising some Western elements for Christmas celebrations, whether in musical presentations, vigils, or caroling. However, I always suggest that churches ought to remove or downplay elements that have nothing to do …