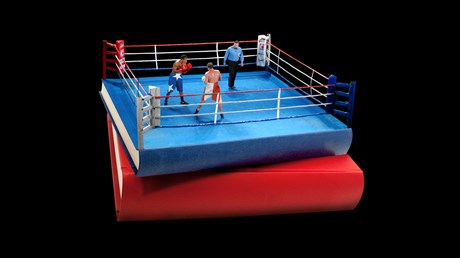 Earlier this year, just months apart, two books on Christian nationalism hit shelves. Both were written by veterans of the US Army with PhDs in political science. Both books define nationalism as an effort to use the government to preserve a people’s cultural particularity, founded on a felt sense of affinity and similarity with one another. The main difference is that one book argued that these are good ideas and the other that they are bad.

Wolfe argues that we have a natural affinity for similar people and that, since God is the author of nature, this natural affinity is good. He believes, therefore, that we should affirm our desire to be with similar people, working to preserve what makes us culturally distinct and using government power as part of that effort. Wolfe’s argument is refreshingly clear, honest, and forthright about the foundations and implications of nationalism.

That we have natural affinities is clear. As I argue in my own book, we are tribal creatures, naturally drawn “to the people and places that feel familiar and in which we see ourselves reflected.” That’s a simple observation of human reality. But that doesn’t mean such loyalties are reliably good. Which leads to my first major difference with Wolfe: We cannot simply take human experience as an infallible guide, because human experience is corrupted by sin. As theologians in the natural …