Herod’s massacre of the innocents in Matthew 2 challenges us to participate in the “groans” of God’s world. 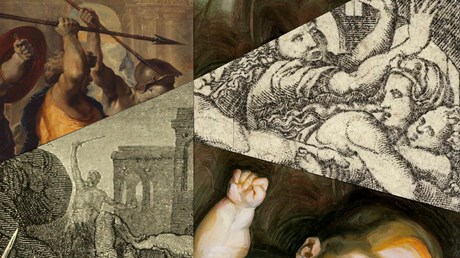 I detest the Christmas season—not so much for the commercialism that, after all, runs through all of modern life, but for the nauseous sentimentalism.

The story of Jesus’ birth has absolutely nothing to do with cuddly babies, exchanging gifts, or celebrating family togetherness, let alone snow, reindeer, mistletoe, and Santa Claus.

It is about imperial control, social prejudice, unwed mothers, political refugees, pagan astrologers, violence, bereavement, and murderous dictators. As such, it opens a window into our own contemporary world.

Take the Gospel of Matthew’s account of Jesus’ birth, where horrific murders take place amid this momentous event. In Matthew 2:14, Jesus, like Israel under the first Joseph, is taken to Egypt. And Herod, like Pharaoh before him, orders the slaughter of Israelite male children (v. 16).

Jewish readers of Matthew would also have picked up parallels with some nonbiblical Jewish traditions about the birth of Moses. The narrative presents Jesus, typologically, as a new Moses but especially as the true Israel who embodies God’s vocation to be a light to the nations as God’s obedient Son, a theme that is developed in the rest of Matthew’s gospel.

Sobering paradoxes abound in these infancy narratives. The Word to whom the universe belongs has no place to lay his head, let alone count as home. The pagan Magi turn out to be servants of Israel’s God and are led to recognize the true king of Israel, while Israel’s ruler is worse than any pagan tyrant.

Herod was king of Judea from approximately 37 to 4 B.C. He is credited as a “prodigious builder” who established sprawling fortress-palaces, the entire …