An Australian court is weighing whether or not Brian Houston had a “reasonable excuse” not to report his father’s sexual abuse to the police. 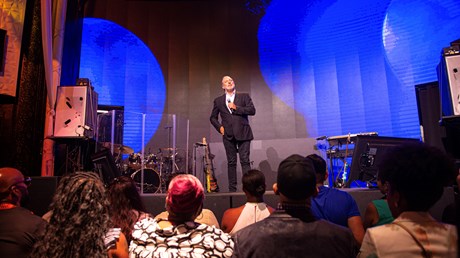 The trial of Brian Houston ended on Wednesday after 13 days of testimony, evidence, and cross-examination in courtroom 2.5 in the vast Downing Centre courthouse in downtown Sydney, in the faded splendor of a converted department store.

The founder of Hillsong Church answered question after question about what he knew about his father Frank’s pedophilia, when he knew it, whom he told, whom he didn’t tell, and why. He admits he failed to report his father to police in 1999, as required by the law, but argues he is not guilty because he has a reasonable excuse.

Houston told the magistrate in the bench trial he didn’t go to the authorities because the grown-up survivor of his father’s sexual abuse told him not to.

He testified that the victim said, “I don’t want to be a big part of the church conversation. You know how gossipy they are. … You are not to go to the police. If anyone is going to the police it will be me, and I won’t be doing that.”

Houston’s legal advocate, Phillip Boulten, pointed out the victim never did file a report. He argued that, in fact, many people knew about and did not report the sexual abuse, including other church leaders, a Sydney Morning Herald reporter, and police who attended the church. Tens of thousands of people knew of Frank Houston’s offence, Boulten argued.

Crown prosecutor Gareth Harrison argued, on the other hand, that …