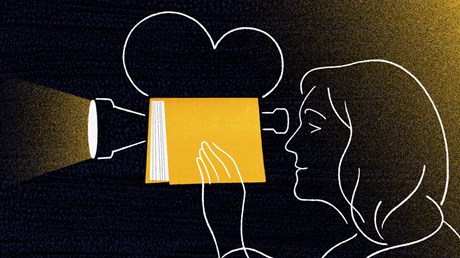 Karen Kingsbury knows how to tell a story. But she’s never done it like this.

The cameras reset. The lights. The actors. Kingsbury stays glued to the monitors, closely watching how everything is framed. She hears the shout of “action,” and they go again—take two or 27—shooting the scene from the top.

The scene is part of Someone Like You, the first full-length feature from Karen Kingsbury Productions. Kingsbury is the author of more than 70 titles, including Sunset, the 2008 novel that rose to the top of the New York Times bestseller list, and several series about its fictional family, the Baxters. She has also written nine other series, 15 standalone novels, 10 children’s books, and some true crime. She’s sold, according to her calculations, more than 30 million copies.

And she’s not completely new to film, either. Hallmark has made four of her books into movies, another was released on the streaming service Pure Flix, and another did a circuit of film festivals and won a nice handful of awards before a general release in 25 theaters.

But this is the first time she’s making a movie herself. It’s her film. Her story. Her production studio.