Denominational identity is dropping among lawmakers, but few are “nones.” 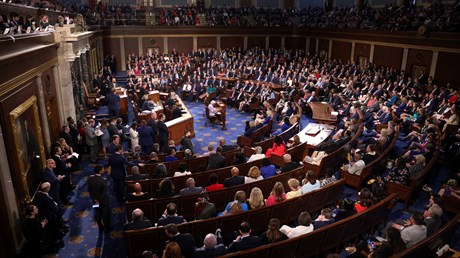 For the first time in the history of Pew Research Center’s Faith on the Hill report, you’re more likely to find a Baptist inside the halls of Congress than outside it.

As major denominations continue to decline, there’s a widening gap between Americans’ religious affiliations and those of their representatives.

In the 118th Congress, 88 percent of legislators identify as Christians, compared to 62 percent of US adults. Just one of Congress’s 534 members is unaffiliated (0.2%), compared to 29 percent of the country.

In 2023, the number of Baptists in Congress—the most popular denominational identity—held relatively steady at 13 percent, while Baptist affiliation declined nationally, down to 11 percent from 15 percent two years before.

There are currently 57 Baptists in the House and another 10 in the Senate, including Southern Baptists Ted Cruz, Mitch McConnell, Lindsey Graham, and James Lankford. Other Baptists, such as Raphael Warnock, come from predominantly African American Baptist denominations like the Progressive National Baptist Convention.

Going back to 2008, the percentage of Americans who identified as Baptist had always exceeded Baptist representation on the Hill. For years, mainline traditions were overrepresented in the House and Senate, and members of Congress had been less likely than the US overall to identify with affiliations like Pentecostal and nondenominational.

Recently, though, more Christian lawmakers are picking generic labels rather than identifying with a particular denomination. In the 118th Congress, representatives were nearly twice as likely to call themselves “unspecified/other” Protestants (20%) or nondenominational (2.8%) than the most popular …