They were extremely into religion without being extreme. 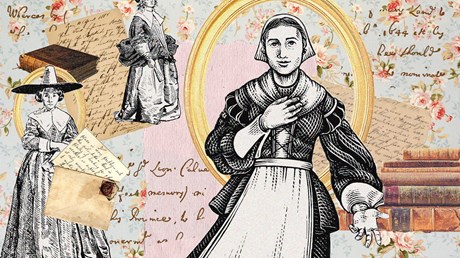 Having grown up in a non-Christian home, Jenny-Lyn de Klerk didn’t discover theology until college. At first, she struggled to understand theological concepts, but everything started making sense after she encountered the Puritan writer John Owen. Her subsequent research on Puritan spirituality helped pave the way for a new book—5 Puritan Women: Portraits of Faith and Love. Author Catherine Parks, an editor with Moody Publishers, spoke with de Klerk about what believers today can learn from these women.

When people learned you were writing a book about Puritan women, what were some of their reactions?

Most fell into two categories: Either people had no idea who I was talking about, or they expressed negative stereotypes about the Puritans. At least on a popular level, people still view the Puritans as fun-killers—and Puritan women as extremely patriarchal. I’m hoping my book can move readers past such stereotypes by helping them get to know a range of real individuals.

Some suggest that the poet Anne Bradstreet departed from Puritan ideals because she wrote about things like intimate love with her husband. How would you respond?

There are all sorts of crazy interpretations of Bradstreet out there. To understand her place within the Puritan movement, we need to start with an accurate definition of Puritanism and then see who fits.

Puritans, for starters, wanted to bring further reform to the Church of England. Though some ministers sought change from within while others felt compelled to leave, they all wanted to go further in replacing certain vestiges of Roman Catholicism with biblical worship practices. And secondly, they emphasized a personal communion with God—a genuine, vibrant relationship …