Ralph Ellison’s novel depicts the quest for personal dignity in a society determined to deny it. 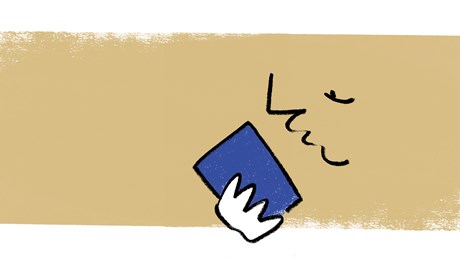 “I am a man.” On February 12, 1968, over two hundred Black sanitation workers in Memphis, Tennessee, bore this revolutionary message written on signs and embodied in their protest against the work conditions that had led to the death of two fellow workers. The strike drew the support of Martin Luther King Jr., who would give the last days of his life to this cause. “You are here,” King proclaimed to those on strike, “to demand that Memphis will see the poor.” One of the sanitation workers described the motive and message years later: “We felt we would have to let the city know that because we were sanitation workers, we were human beings.”

Christianity is no stranger to the importance of “I am” statements. God’s self-disclosure declared him to be I am (Ex. 3:14). Through seven “I am” statements, John’s gospel explains who Jesus is, the eternal Word made flesh. There is, then, both theological origin and depth to the “I am a man” declaration of those workers. The declaration is a demand to be recognized and seen as fully human and made in God’s image.

The image of God is like a doctrinal diamond, refracting multiple truths about humanity. Yet much standard Protestant theological reflection does not account for the doctrinal elephant in the room: What does it mean to live as an image bearer when other image bearers try to limit your existence?

Read through a theological lens, the classics of Black literature, like Ralph Ellison’s Invisible Man, can point us toward a rich and profound answer. Ellison’s attention to the embodied experience of invisibility pushes us into a deeper recognition that the imago Dei is a visceral …