Some of us are working to change the unhealthy evangelical church culture we helped create. 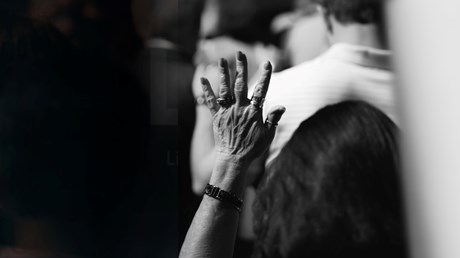 In the last couple of decades, American Christian boomers (myself included) have been given an advance peek at the kind of obituary the church and the world has already begun to write about us.

Countless think pieces, podcasts, and online conversations have issued well-founded concerns and questions about the failures, flaws, and foolishness of evangelical church culture. These critiques are a magnifying mirror for baby boomers, since most of them speak directly to church cultures we helped create and support.

Not all these critiques are made in good faith—whether they’re from political scientists, sociologists, op-ed writers, exvangelicals, or from the generations born before and after us—but a surprising majority of them are.

For example, CT’s Rise and Fall of Mars Hill podcast details the leadership failure and organizational implosion of the church franchise led by Mark Driscoll. And while Driscoll himself was a Gen X pastor, Mars Hill was nourished in the soil cultivated by boomer megachurch leader culture.

Beyond the cavalcade of prodigal leaders exposed with predictable regularity for their abuses of power, boomer Evangelicalism has often been characterized in the broader culture by who and what we oppose, instead of whom we claim to serve.

As a result, our kids and grandkids are vacating the churches we built and inhabited with the goal of passing on our faith to the next generation. But they’re not the only ones leaving.

In my ownwriting over the past decade about spiritual formation in midlife and beyond, I’ve heard from hundreds of people my age who have been wounded by the very faith systems our generation created. Some boomers were chased away, while others quietly drifted out the …