Revision of John 3:16, John 1:14, Romans 1:1 and other texts prompt controversy in the largely secular Scandinavian country. 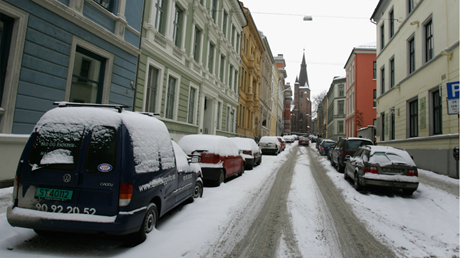 In a country where only 2 percent of the population regularly attend church, one doesn’t expect to find a national debate about the correct translation of John 3:16. And yet, across Norway, news that a forthcoming Bible translation will replace gå fortapt (get lost) with gå til grunne (perish) has roused strong feelings.

“Why change something that is completely understandable?” said one woman in Alta, a town on a fjord on the northern coast.

“Such judgment day and sulphur speeches do not belong in a modern, inclusive church—at least not during funerals,” said an Oslo woman on Facebook. “It adds stones to the burden for relatives.”

But the editors of the forthcoming Bible—commissioned by the Norwegian Bible Society and scheduled for publication in 2024—say they are not surprised. Receiving criticism is part of the process.

“It’s always a controversial thing to translate the Bible,” said Jorunn Økland, a biblical and gender studies scholar on the editorial team. “Whatever you do, it’s going to be controversial.”

The Bible was first translated into Norwegian in the 13th century, when it was published in parallel editions with the then-more-dominant Danish. The first full translation was not released until 1858. And yet, just as with English and German Bibles, the words of Scripture became part of the poetry of the language, a storehouse of images, widely seen as a cultural inheritance. Even those who identify as secular can feel protective of the words of the Bible.

“It still provides many of the symbols and metaphors that create meaning,” said Jenna Coughlin, a professor of Norwegian at St. Olaf College …