Overall, most churchgoers—including most white evangelicals—returned to the pews after the pandemic, survey finds. 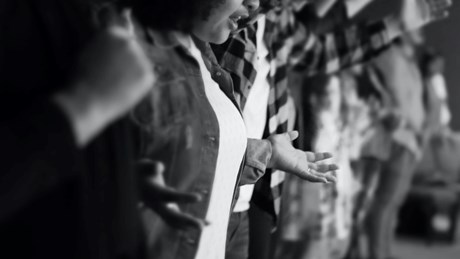 Despite the short-term upheaval COVID-19 caused among American churches, the pandemic’s long-term effect on worship attendance patterns was minimal, according to a study released Thursday by researchers at the American Enterprise Institute (AEI) and the University of Chicago. The biggest exception to that trend occurred among young adults, whose church attendance took a major hit.

“Young people, those who are single, and self-identified liberals ceased attending religious services at all at much higher rates than other Americans did. Even before the pandemic, these groups were experiencing the most dramatic declines in religious membership, practice, and identity.”

Two-thirds (68%) of Americans reported the same level of church attendance both before and after the COVID-19 pandemic. Yet pandemic-accelerated declines among some groups left US church attendance down overall.

Those findings were drawn from the 2022 American Religious Benchmark Survey, which polled 9,425 Americans by phone and online between February and April 2022. To help researchers focus on pandemic-driven changes, the study included only individuals who had registered their religious affiliations and church attendance patterns in a previous survey between 2018 and March 2020.