The passionate apostle understood religious zeal. But his change of heart on how to channel it changed the world. 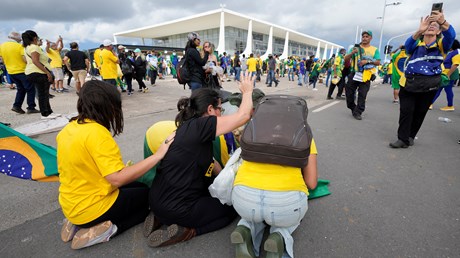 This Sunday, dozens of angry citizens arrived in Brasilia and stormed the National Congress, the Supreme Court, and the Planalto Palace, ripping apart furniture, damaging paintings, smashing windows, and beating up journalists. The extremists are supporters of former president Jair Bolsonaro and erroneously believe that the 2022 election was rigged.

Video footage of Sunday’s attack shows the violence of these vandals. But it also reveals some protesters carrying Bibles, praying before they entered Congress, and singing hymns while being detained by federal police—actions that suggest many were evangelicals, an important electoral base for the former president.

Unfortunately, the seed of this extremism that reached its peak Sunday was planted and cultivated, in part, by evangelical churches that supported and campaigned for Bolsonaro in the last elections, amplifying polarization, hate speech, and radicalization. In their extravagant stumping for Bolsonaro, some evangelical leaders christened a rude, violent, and greedy politician into a “man of God.”

Beyond the ways in which many in the evangelical church cultivated an inappropriately intimate relationship with Bolsonaro throughout his presidency and reelection campaign, many Christian leaders have struggled to demonstrate significant fruit of the Spirit when engaging in politics. While publicly calling the church …