Why you shouldn’t skip over the R-rated parts of Genesis. 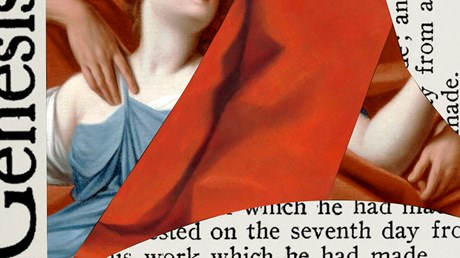 This is the second article in a short “Genesis January” series to help people explore the complexity of the Bible at the start of a new year.

So you’re starting a Bible reading plan in Genesis? Well, buckle up, because Genesis might be the most sexually wild book in the Old Testament. Of course, that’s not how we tend to think of Genesis, but the sex scenes are there. From the slightly cringey to the extremely upsetting, sex appears with and without euphemism in these origin stories of Israel.

I still remember the first few times that I read the book of Genesis as a new Christian. I didn’t know much about it beyond some vague notions of a flood and a guy named Abraham. I was a blank-slate reader. I never expected to find scenes that couldn’t have been shown on broadcast television—as salacious as the first few episodes of an HBO series. But of course these are not scenes of erotic titillation designed to hook the audience. Something much stranger is happening. Sex, we learn from the first book of our Scripture, is central to our participation in God’s work.

The topic arises ordinarily and early in the book of Genesis. Both creation accounts end with sexualized humans. In Genesis 1, we read, “In the image of God he created them, male and female he created them” (v. 27, NRSVue throughout). The male-female image of God already contains the potential for sex. And the two sexes have at least one purpose: procreation. The second creation account ends with man and woman becoming “one flesh” (2:24).

After their exile from the garden of Eden, the couple produces three sons. But the narrator does not merely tell us that they had three sons. Instead, Genesis 4 is punctuated …