Our Christian institutions can’t rebuild credibility if we hide our failings. 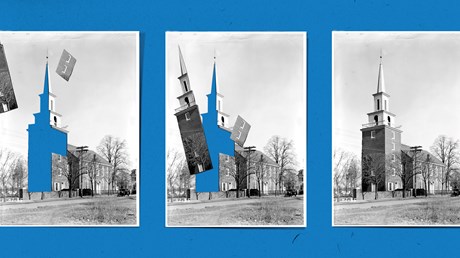 “People don’t trust their leaders anymore,” the man said to me. “I think The Rise and Fall of Mars Hill is the problem.”

He was referring to the documentary podcast series by my colleague Mike Cosper. I said, “I actually agree with you, as long as we take the italics out of that statement.” The problem is the situation that led to the rise and fall of Mars Hill and other incidents like it—not those who told the story about what happened.

This man’s lament is not unreasonable. Who among us is not exhausted by the constant revelations of scandals and abuses and griftings and cover-ups within the church, especially its evangelical wing? In that weariness, some would say, “Why don’t we talk about all the good things the church does instead of the bad?” The problem with this approach is that it leaves us with no Good News left to tell.

“The church is glorious,” some might say. “Why don’t we show that glory instead of bashing the church by talking about all these bad things?” I agree that the church carries the glory of God and that we should make this known so the world might behold his glory. But the glory showing and the truth telling are one task, not two.

To the church at Corinth, the apostle Paul wrote extensively about glory, specifically referencing Moses’ encounter with the radiance of God’s glory on the mountain. It was a glory so brilliant that Moses put a veil over his face afterward so the people wouldn’t be overwhelmed by it. What we have now in the gospel, Paul argues, is even greater: “And we all, who with unveiled …