Sin and crime are no different in God’s eyes—so why do we forgive one and not the other? 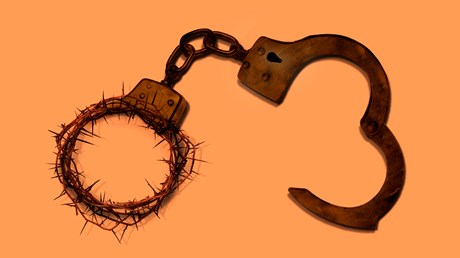 For most Christians, “legalism” is something to avoid—except when we’re talking about the law of the land.

Consider how we usually tell the story of Jesus and the woman caught in adultery (John 8:1–11). This woman was obviously a sinner. She had broken God’s commandments. But when the scribes and Pharisees brought her to Jesus, he did not condemn her. Instead, he exposed the self-righteous hypocrisy of her accusers: “Let any one of you who is without sin be the first to throw a stone at her.”

The moral of the story? Mercy triumphs over judgment.

True enough. But when we set aside our religious jargon for a moment, we find ourselves telling an even more surprising story—a story, it turns out, about crime and law enforcement.

I had read this passage countless times, but it was only while preparing to teach a course in prison that it occurred to me that this woman really had broken the law. Adultery may not be a crime in our world, but it was in first-century Judea—under both Jewish and Roman law. To put it in modern terms, the adulterous woman was a criminal and Jesus helped her evade punishment.

“Let any one of you who is without sin be the first to throw a stone.” As I thought of my students in prison, Jesus’ words took on a new layer of meaning. The grace Jesus offered did not just challenge the legalism of her accusers. It also challenged my own attachment to the retributive logic of law and order. Here was a story of God’s boundless love for sinners, yes—but also a story of God’s redemptive grace for those we call criminals.

Just imagine replacing adultery with a different crime, one that violates our own laws, and notice how troubling …