In the ongoing tension between religious liberty and LGBT rights, the Department of Education and CCCU win one victory. 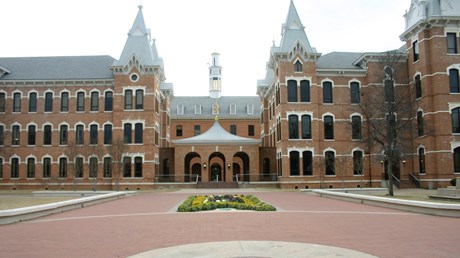 A federal judge in Oregon on Thursday dismissed a lawsuit challenging religious exemptions under Title IX. The decision comes as a win for Christian colleges that had joined the US Department of Education (DOE) in defending the exemptions in areas where their theological convictions on LGBT issues conflicted with the anti-discrimination law.

A group of 40 current and former students at religious schools filed a class action suit arguing the religious exemptions were incompatible with LGBT rights, and that LGBT individuals were exposed to “unsafe conditions” at religious schools. The lawsuit alleged that through the exemptions, LGBT discrimination was effectively “endorsed by the federal government.”

The students challenging the exemptions were from 26 schools, 17 of which were part of the Council of Christian Colleges and Universities (CCCU), including Baylor University, Oklahoma Christian University, Moody Bible Institute, and Fuller Theological Seminary. The CCCU joined the lawsuit, Hunter vs. US Department of Education, on the side of the DOE in May 2021.

Though the CCCU advocates a sexual ethic of marriage between a man and a woman, the CCCU in court filings denied that its schools “abuse or provide unsafe conditions to thousands of LGBTQ+ students, or injure them mind, body, or soul, but rather seek to minister, support, and care for them physically, emotionally, socially, and spiritually.”

In the case documentation, LGBT students stated how they had been mistreated at religious schools, in some cases including conversion therapy. The judge acknowledged those accounts, but did not find a legal basis for abolishing the federal exemption.

“Plaintiffs have failed to demonstrate any …