But here, as in other foreign-policy debates, Christians are well equipped to mediate between competing theories. 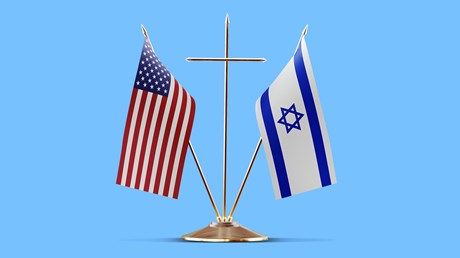 In an international scene full of competing value systems and brute power politics, Americans tend to approach the conduct of foreign relations in one of three ways.

The first—and by far the most common—is to be passive unless it intimately affects day-to-day life. The second clause of Reinhold Niebuhr’s “Serenity Prayer” works as the credo of many Americans: “God, give us courage to change what must be altered, serenity to accept what cannot be helped, and insight to know the one from the other.” Trade relations between the United States and China or US proposals for Middle East peace are things most Americans cannot help.

But two other approaches have their followings. For “realists,” US foreign relations is fraught with centuries of mistakes, either by design or by ignorance. The best the United States can do, whether to protect its own interests or those of the rest of the world, is to remove any sense of transcendent values from foreign policy. In international-relations circles, realists are known for their so-called realistic assessment of the world and the base interests that govern nations.

For “idealists,” foreign policy is unavoidably bound up with moral questions. They believe the way America conducts itself on the international stage implicates its moral standing, whether as a sign of greatness and exceptionalism (including divine favor) or as an expression of deep-seated injustices at the heart of the American experiment. In international-relations circles, idealists are known for their principled assessment of the United States and its global commitments.

Translating Neibuhr’s prayer into foreign-policy categories, we might apply the first …