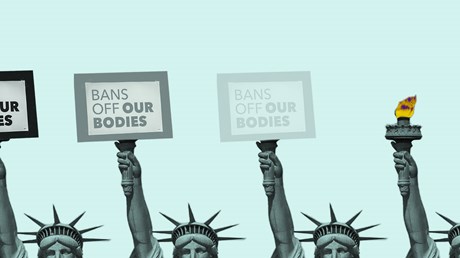 This week marks the 50th anniversary of Roe v. Wade. In the wake of the Supreme Court’s Dobbs ruling overturning Roe, a lot of Christian commentators will be discussing the morality, legality, and availability of abortion in this new abortion era. Those questions matter, of course, and Christians should be concerned with them. The sacredness of human life, born and unborn, is an imperative that emerges from the heart of the Christian story and the incarnation of Christ in particular.

What weighs on me at this moment, however, is the sorrowful reality that the church has largely lost its moral standing to persuade the American public of its unique vision of the sanctity of life. Public trust in the church and in pastors is at an all-time low. This mistrust is warranted because of high-profile, catastrophic moral failures in the church around money, power, and (most relevant to abortion) sex.

Extramarital affairs, sexual abuse, and cover-ups of abuse have all been on prominent display in the church, and as CT online managing editor Andrea Palpant Dilley has pointed out, it is men by and large who have been unworthy of the trust given to them.

We live in an age when the church in America needs to relinquish its anxiety about public influence so that it can be rebuilt as a moral community. The theologian Stanley Hauerwas’s quip that the first responsibility of the church is to be the church has always made intuitive sense to me. The church’s authority in the public sphere has always been indirect. Even when Christianity was an established religion, the church could only Christianize a society to the degree that it could show the power of Christ to make holy lives.

In every age, the church’s …