It’s not wrong to celebrate our blessings. But Asian theologians and pastors advise how to do so in biblical, godly ways amid the festival’s red envelopes and best wishes. 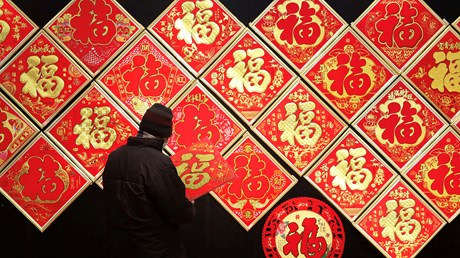 “If they memorize the Bible verses correctly, they get prizes like candy or chocolate coins from their Sunday school teacher,” said Qin, who moved from China to the United States eight years ago and currently pastors the Chinese Community Church of Indianapolis Northwest in Indiana.

Until now, Qin’s children have been (blissfully) unaware that the kind of red envelopes they receive are the exception, not the norm. But their ignorance has an expiration date.

The Lunar New Year, which begins on January 22 this year, comes with many traditions and customs that articulate a desire for prosperity in the form of greater affluence and material abundance. (Different versions of the holiday are celebrated across Asia: It is known as chun jie or Spring Festival among the Chinese diaspora, Tết in Vietnam, and Seollal in South Korea.)

But to equate prosperity with monetary gain or to regard it solely in terms of increasing one’s material possessions both diminishes and corrupts its full meaning as revealed in Scripture, Asian theologians and pastors told CT. They believe that this festive period offers a propitious time for deeper theological reflection on what the Bible says about true prosperity.

The Chinese character for prosperity, pronounced in Mandarin as fu (福), abounds in Chinese translations of Scripture, including the popular Chinese Union Version …