At their biblical best, American evangelical Christians affirm the intrinsic value of all human life. 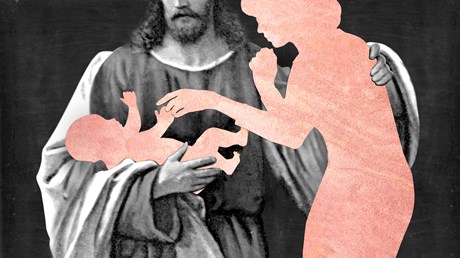 It’s also the first year in which that date—marked every year by a March for Life in the nation’s capital—falls after Roe was repudiated by the Supreme Court in last summer’s Dobbs v. Jackson Women’s Health Organization decision.

That means the focus this year—for those of us with pro-life commitments—will be invariably fixed on the next 50 years. This may be especially true for those of us who are also evangelical Christians.

And it’s true not just with what we say and do but also with how we say it.

In letters to his son, who is also a pastor, the late Eugene Peterson noticed that our evangelical movements and ministries are often missing “ways and means.” We must be attentive, he argued, to the how as well as to the what.

“When the missional ‘how’ is severed from the worship ‘who and what,’ the missional life no longer is controlled and shaped by Scripture and the Spirit,” he wrote. “And so mission becomes shrill, dependent on constant ‘strategies’ and promotional schemes.”

This is difficult, he wrote, in an American context in which “doing the right thing in the wrong way” is seen as less important than the “success” of whatever project is undertaken.

“But if we are going to live the Jesus life,” he argued, “we simply have to do it the Jesus way—he is, after all, the Way as well as the Truth and Life.”

Peterson was addressing local church ministry, but for …