Biblical history reminds Christians to serve and build a kingdom not of this world. 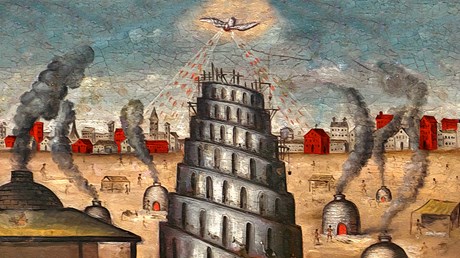 Late last year I asked on Twitter, “Do we live in ancient Israel or a modern Babylon?”

Put a different way, to what extent are biblical lessons regarding life in the Holy Land normative for Christians who live as religious minorities—that is, in “unholy” lands dominated by non-Christians?

Looking back to ancient Israel, the emphasis was on purity, not evangelism—God sent Ishmael and Esau into the wilderness, told Joshua to destroy the Canaanites, and instructed Ezra to insist that the Israelites put away foreign wives. To make the Holy Land holy, God commanded a zero-tolerance policy: There shall be no abominations among you.

The Holy Land was humanity’s greatest opportunity to live in a new kind of Eden, where God chose a particular nation to become its inhabitants. He provided commandments so they would know how to act and promised them (in Deuteronomy 28 and elsewhere) that if they obeyed, all would go well.

God established ancient Israel as a model nation for the world—a perfect test case of whether good rules would cultivate a good people.

The Israelites were warned not to follow the “detestable ways” of other nations while living in the land (Deut. 18:9). But God’s rules and statutes were not just for the Israelites; they were also for any stranger that stayed in the land (Lev. 18:26, 28).

In this way, the Old Testament is highly location specific—the ancient Israelites’ charter was designed to protect the purity of the land God had given them. They were to cleanse it from defilement and then preserve it as holy.

Evangelism was not a priority. When some Israelites married foreign women, leaders did not celebrate an opportunity to evangelize the …